Working on Your Self! 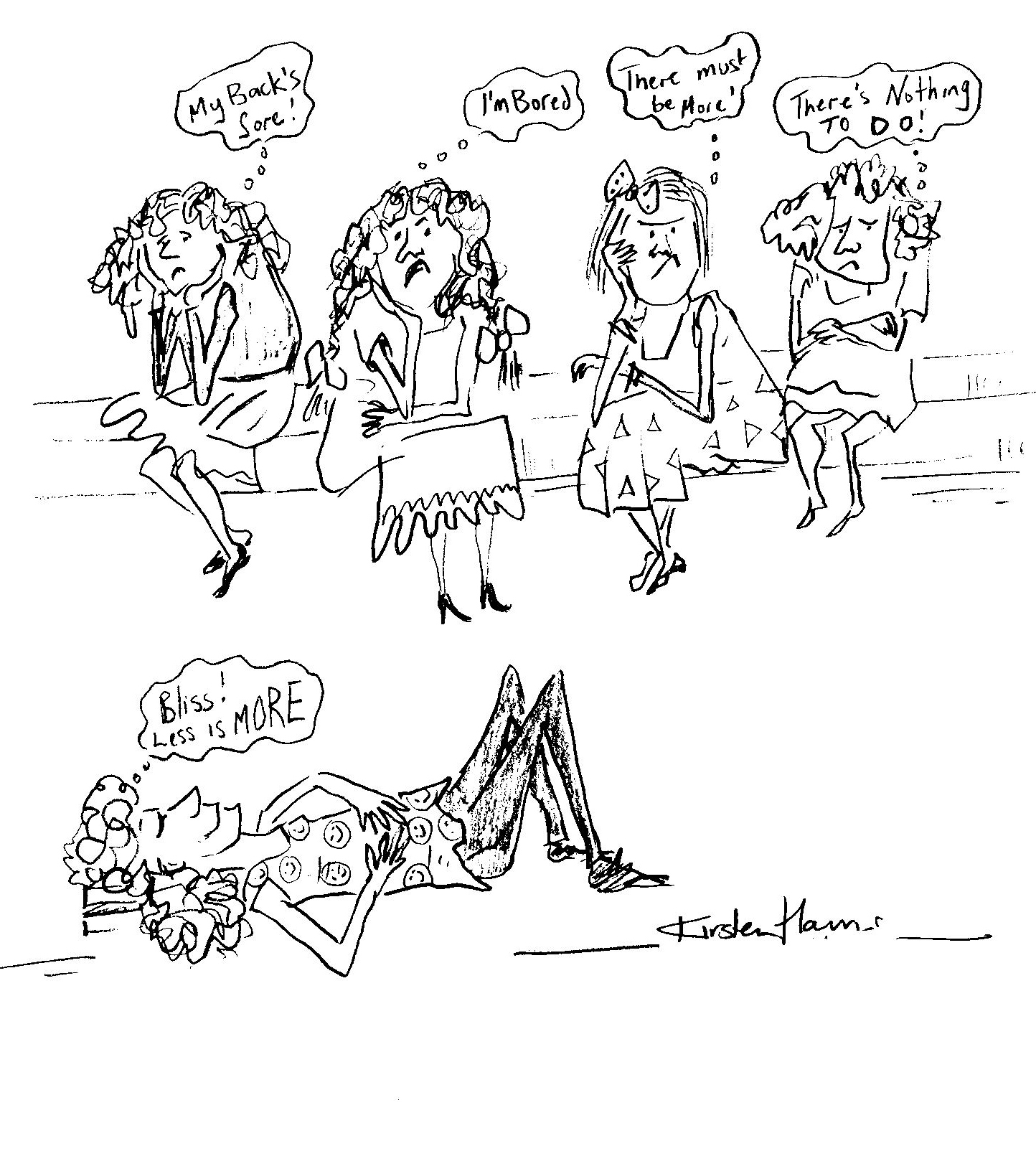 In the Alexander Technique world we have an expression – learning to work on your self. It is an odd expression as it is more about doing less and non doing than work.

It can mean noticing stuff such as thinking or movement habits, getting out of our own way by inhibiting negative self talk, learning not to react fearfully to things, slowing down or stopping and simply lying in semi supine…

Slowing down enough to see is a commitment to disembark from the train wreck of thoughts that can bombard us. Our own stuff, other peoples stuff, big stuff, little stuff, world stuff, stuffy stuff!

Slowing down enough to see means allowing mental chatter to stop by stopping imaginary conversations and letting the crazy stuff that can grind around in one’s head shut up!

Slowing down enough to see is a decision to let go of any fear of missing out, in fact to let go of fear altogether.

Fear is such an insidious emotion. A drip here a drop there and our peace of mind is eroded. It can be so insidious we don’t notice it happening until we are tense, in pain, stressed, unhappy, upset, worried. In my experience fear, worry, anxiety and a tight neck and back etc go hand in hand.

So working on oneself is choosing to land in the present moment where bliss, joy, happiness and all the yummy free stuff of life lives.

Slowing down enough to see… And then the shift comes… How beautiful, how wondrous, how utterly amazing and in truth how very simple.

Presence deepens our sense of well being and reveals abundance, wonders, ideas, inspirations and love that a crowded mind doesn’t notice! As Wayne Dyer said ‘When we change the way we look at things the things we look at change!’

Alexander Technique semi supine aka constructive rest is the easiest way I know to work on your self. Simply start by stopping. Lie down, rest, be… where the magic is… allowing life to open up time and space for you!

We’ve been asked to stop for a bit, are you taking time to actually stop or are you replacing stuff with stuff? Stopping is the most useful thing I’ve ever learned.