The Power of No! 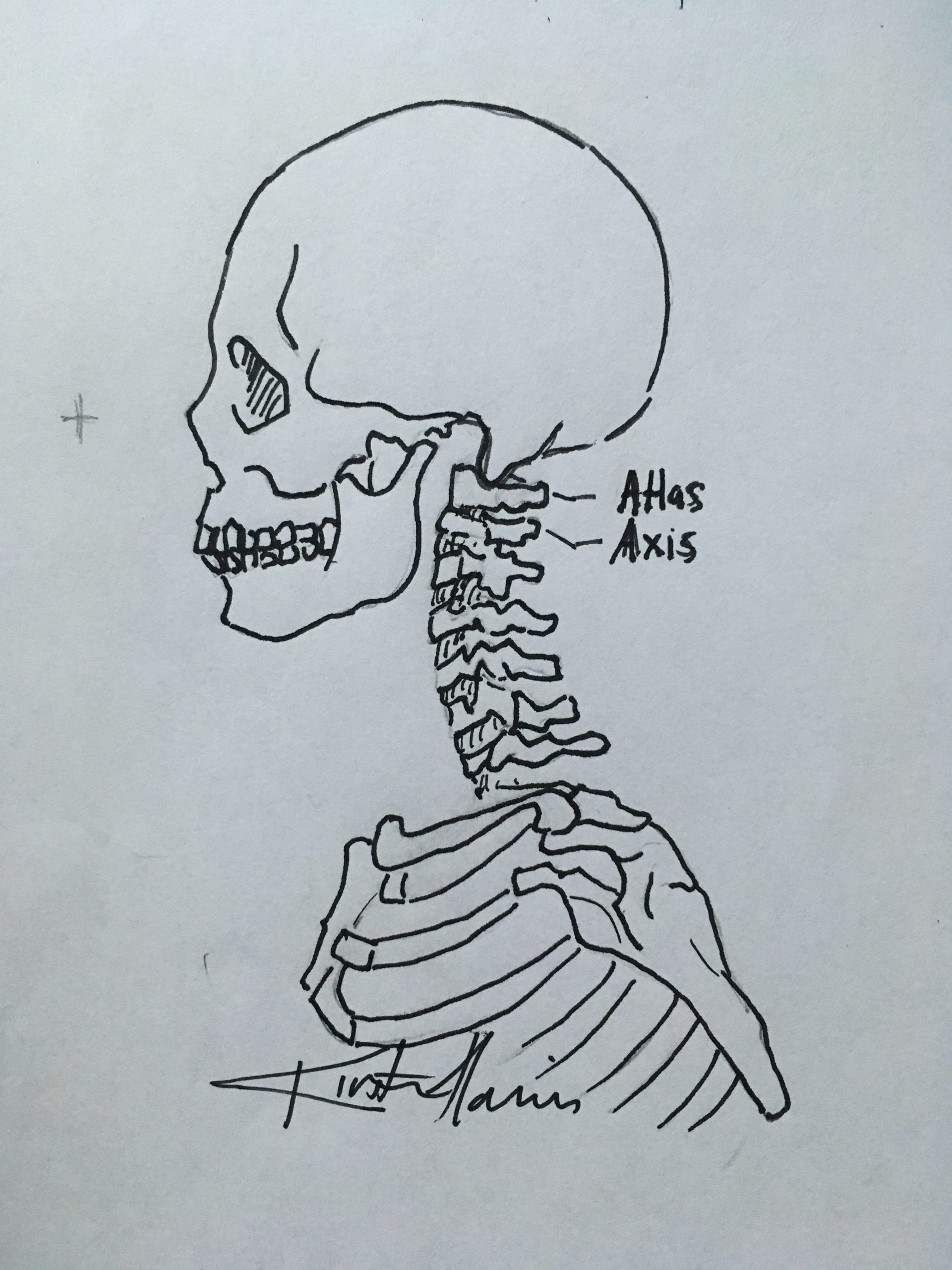 I teach my students a class which I call ‘The Power of No!’ I have taught it to children and riders to date. This blog is not a demo of the class which is a live class, but more an attempt to explain some of the concepts around it.

A thought of a ‘yes’ nod will help you locate the joint. Think ‘yes, yes, yes’ for a minute. You may begin to feel a release in the neck muscles as you do this. Or imagine the tip of your nose having a pencil attached to it and looking forward make the tiniest little pencil mark on the vertical.

‘No’ is a movement on the horizontal, if you think of the tiniest no at the atlas and axis you will have made a vertical line, a minus symbol, with your imaginary nose pencil.

These movements are barely perceptible and can be reduced to just a thought when you are clear about where the joints are.

‘No’ supports the release of ‘yes’ as anatomically ‘yes’ is stacked on top of the bones that create ‘no’ – the atlas and axis.

The negativity of ‘no’, the minus sign you have made, supports the positivity of ‘yes’ and combined the two movements form a plus symbol. We can liken this cross shape to the Alexander direction of lengthening and widening. And of course this cross is also the cultural symbol of a crucifix. The horizontal plane of the crucifix I see as symbolising the earth, the ground, the vertical line symbolising divine inspiration and a connection with higher power. Or in the simple word favoured by the Alexander Technique – up!

So how does this work practically and in terms of who we are? I have discovered that a ‘yes’ that is not meant can lead in time to resentment and confusion and that it is better to have a clear ‘no’ available to use. ‘No’ is not so much negative but more clarity which may be a ‘yes’ to yourself and a ‘yes’ to something else that you are genuinely committed to.

However ‘no’ can be very difficult for people to say as we have been brought up to be compliant. A society of dissenters is not easy to control! For me, I have had to examine the ‘good girl’ and the ‘people pleaser’ to find my ‘no’!

So psycho physically I have discovered through working with lots of people teaching them the wonderful Alexander Techinque that a ‘yes’ that is not meant weakens you, it ungrounds the person, makes them unstable on their feet with an accompanying loss of balance through the body. A ‘yes’ that is not meant but said out of habit or to be nice, is basically a lie and your body, indeed your whole self, knows it! I would argue that this kind of behaviour is not in the flow of your own truth.

A ‘no’ that is genuine stabilises the person. It is literally empowering – physically as well as mentally and emotionally.

Learning to say ‘no’ can take practise and there is a possibility that people won’t like the new you who is not as compliant as you used to be, but quite honestly at this time as a population on planet earth I think more of us need to have both our ‘yes’ and ‘no’ accessible and clear! Learning the power of ‘no’ makes your ‘yes’ much more powerful too!

6 Words that Changed my Life >>
<< Don’t Throw the Baby Out With the Bath Water!