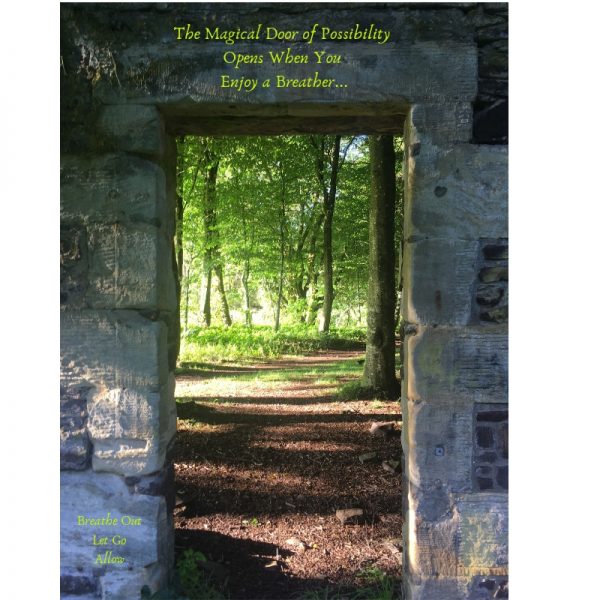 I am interested in how language changes things. I have been thinking about this in relationship to resistance and time. I noticed recently a feeling of resistance to appointments. Instead of feeling flaky and dragging my heels, I have been wondering about the resistance and have come up with an insight that feels helpful.

Alexander Technique is very much a training in self awareness and ease in present time. An appointment is a commitment to the future. I noticed that having things booked in feels like I am being pulled out of my ease and creativity. Knowing I have to do something specific later starts to impinge on the present –  like a big rock is blocking the flow. Yet as soon as I arrive at the appointment I am in the flow again and enjoy whatever I am doing. Weird!

I started to talk about this with students and friends and have discovered that many other people feel this way too, also with an accompanied feeling of guilt. What a relief that I am not alone!

Somehow locking down our relationship with time is stressful for many of us. I muse that in the agricultural age our clock was daylight and the seasons, hunger and health, and not specific hours and minutes.

I have also been thinking about time in terms of ‘time off’ and ‘taking a break’ thinking my resistance was because I needed a break. Yet thoughts of time off and taking a break don’t feel genuine. The expression ‘I need a break’ suggests breaking off for a bit from what we are doing in order to return to exactly what we were doing before. Secondly ‘a break’ also feels negative, a splitting and an implied criticism of the present to be in the future.

Having a breather is a shift of consciousness right now. A breather is a renewal. A letting go. An easing open. There is a Buddhist saying ‘breathing is the hinge on which the door of life swings.’

A breather is a thought here and now. A thought that I think positively effects outcomes in the future yet keeps us tuned to the present moment.  A breather might be simply noticing light or sound, pausing to be present, aware that you are being breathed right now. You don’t have to do your every breath, you don’t have to be in control!

A breather might turn into an Alexander Technique ‘Whispered Ah’ or lying for 20 minutes in semi supine.

A  breather might be pausing a thinking habit that is stressful or giving yourself permission to not book ahead into busyness.

For me a breather is the latter, not booking too many dates in a habitual way so that I can enjoy some space and trust and deepen into my creative flow which I am loving.

A breather is giving time to expand into the things you really want to do, trusting it is ok not to plan stuff motivated by fear, lack, habit, should’s, ought’s, avoidance of your hearts desire or people pleasing! I’m allowing myself to enjoy a breather from that and to see what happens.

As FM Alexander said ‘If we stop doing the wrong thing, the right thing can do itself.’

The photo was taken near me at the Falls of Clyde in Scotland. It is a huge old stone wall in the woods with two door spaces in it. The remains of a building, an Orangery, I think! It’s a breathtaking place!