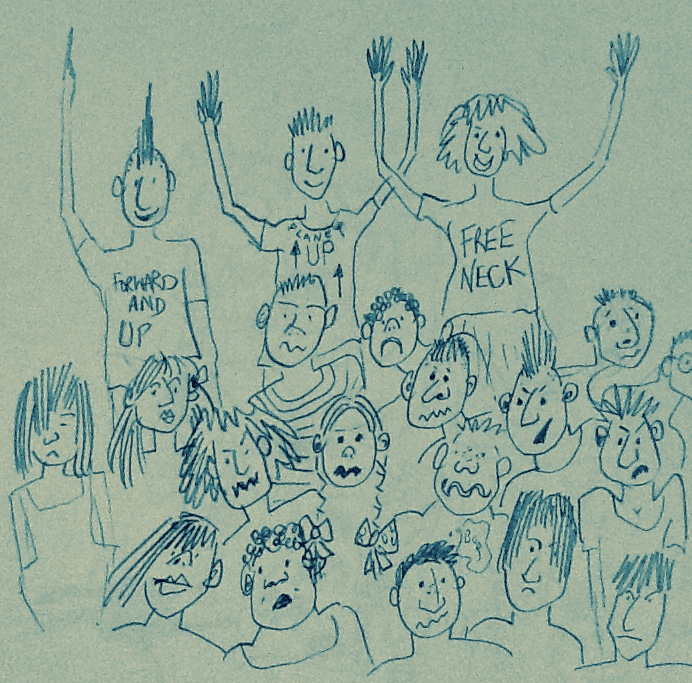 ‘This class of Alexander Technique is like being on the Jeremy Kyle Show Miss!’

Two separate groups of children spontaneously likened Alexander Technique to being on the Jeremy Kyle show at school this week.
A hilarious observation with a good point!

Why did they liken learning AT at school to the Jeremy Kyle Show? Because I was teaching them to really listen to each other. To stop habitually reacting and competing and give each other a chance to speak. Harder than it may sound.

They are bright children, all specialist musicians.
However there was a distinct lack of listening skills.
They were engaging in ‘I am right and you are wrong’ tit for tats, and telling each other off in a rather ‘parental manner’ rather than listening to each other.
Result – frustration … tight necks …

Reactive escalations with their characters and habitual relationships to each other getting in the way of constructive learning from each other, or me for that matter! They all have good personalities individually but were definitely annoying each other as a group.

Listening skills required … they are musicians in the making after all. Working in harmony is essential.

We worked on not interrupting, pausing, waiting, inhibiting, listening actively, giving each other space and time to be free to speak and to feel heard …
As an adult it is a good exercise in self awareness too – teaching a class of unruly kids who are falling out with each other!

The improvement in the atmosphere, quality of interchange and general ease in the room from thinking about listening resulted in the quip ‘Learning Alexander Technique is like being on the Jeremy Kyle show, Miss!’

Maybe dodgy day time reality television has its uses after all! 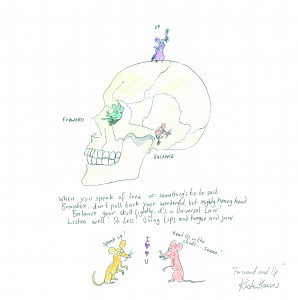 (For non UK readers, the TV show referred to invites people to resolve their differences on air, usually resulting in a lot of shouting!)

A Walk in the Woods Colouring Story Book – here